Dale Davies ▼ | February 22, 2019
Samsung unveiled a smartphone with a foldable screen but it's hard to expect that anyone except a small rich technology fans will give almost $2,000 to have a new gadget. 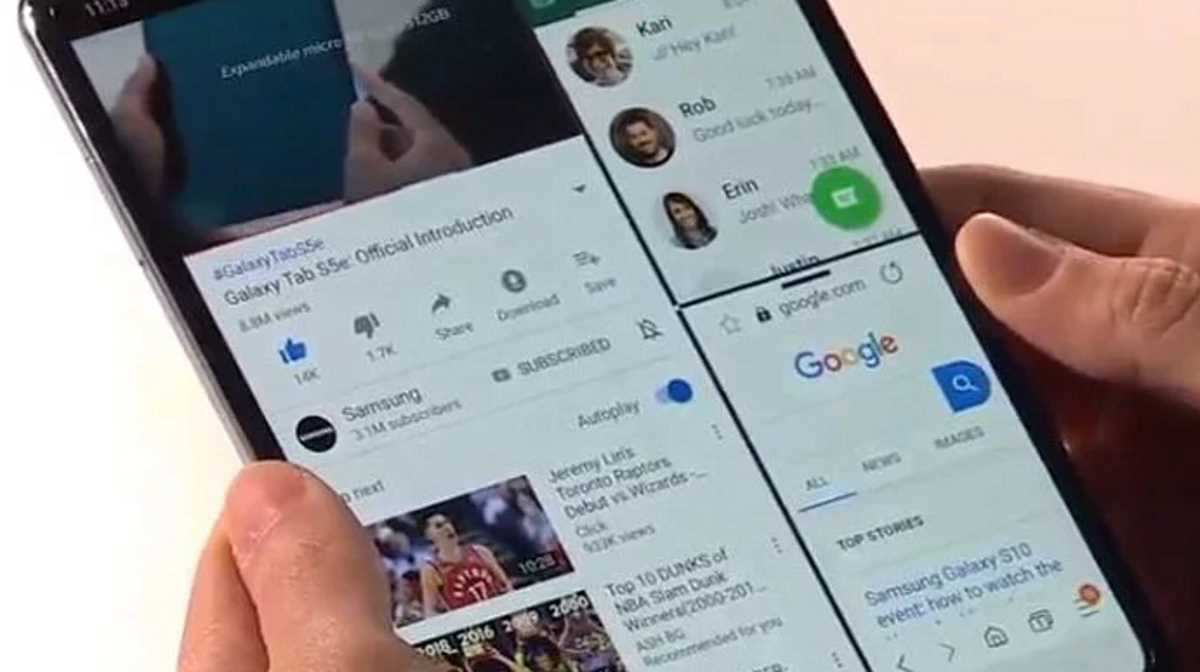 The Galaxy Fold will sell for $1,980 when it is released April 26. Consumers will get a device that can unfold like a wallet so it can work like a traditional smartphone with a 4.6 inch screen or morph into something more like a mini-tablet with a 7.3 inch screen. When fully unfolded, the device will be able to simultaneously run three different apps on the screen. Samsung is hoping the Galaxy Fold will spur more people to upgrade their phones but we don't believe that.

The smaller 21:9 screen has 840 x 1,960 resolution and the main foldable screen is 1,536 x 2,152, with both featuring the same 420 dpi density which is quite high for a tablet. Samsung added that the larger polyimide-based display panel has been tested to withstand 200,000 folds, which equates to over five years of usage if you fold it 100 times a day. Not bad having in mind that smartphones don't last that long usually but that also means they count on folding and unfolding all the time.

There's no specific mention of the Galaxy Fold's processor model except for a "7nm 64-bit octa-core processor," but Samsung did mention its 12GB RAM plus 512GB UFS 3.0 storage space the latter apparently reads twice as fast as other smartphones that are mostly using UFS 2.1 chips. There's also a 4,380mAh battery which is cunningly split across both sides for the sake of weight distribution. Sounds nice but again we are not sure that is enough to drive the display and applications you may have in mind.

The Galaxy Fold does wireless charging as well as Wireless Powershare. When folded, the device comes in at 17mm thick, but when fully open, that goes down to 6.9mm. This device is an interesting experiment but from the consumer's point of view that's a clear failure. The price is so high that can't be justified, it simply can't be justified. This is another device that would sell well in a world where an average salary is 10,000 but that's not the case. ■

Apple should keep an eye on the Galaxy Tab
Take it and dive
Samsung Notebook 5 and 3 will do the job. And that's about it