Dale Davies ▼ | April 19, 2019
The Microsoft Surface Studio 2, a machine built for artists is, to put it shortly, stunning. 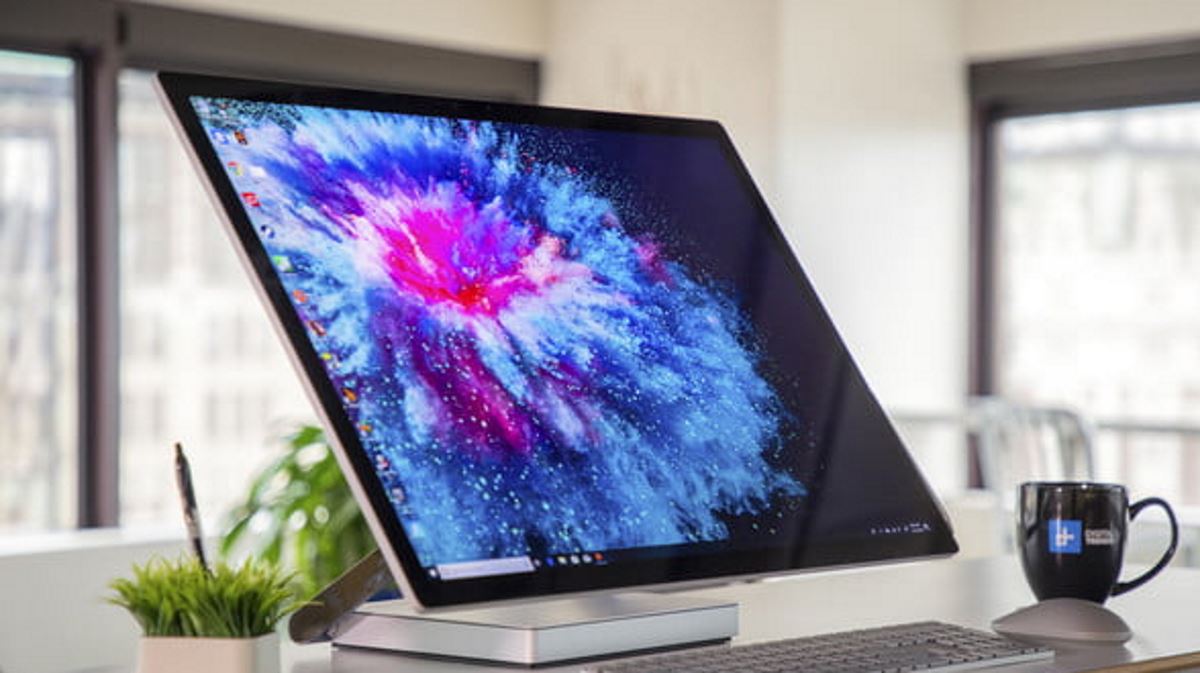 Computer   Your creativity leaps off the 28” PixelSense Display touchscreen

Whether illustrating a book or designing a virtual world, your creativity leaps off the 28” PixelSense Display touchscreen with 13.5 million pixels of true-to-life color. Surface Studio 2 is built with a dynamic hinge that changes your desktop into a studio in one simple gesture. When you work at 20 degrees down in Studio Mode or upright in Desktop Mode. The Microsoft Surface Studio 2 uses an Intel i7-7820HQ CPU, not the very strongest thing out there but strong enough.

The device has 16GB or 32GB of RAM and an Nvidia GTX 1070 GPU. The screen is super crisp and bright and can be compared to the very best screens out there that graphic people use and that's of course Apple. The enormous 28-inch 4,000 by 3,000 display renders colors accurately and is easy to draw on and it is easy to adjust thanks to the hinge. From the ergonomic point of view there is nothing to be left to wish. It looks good in any kind of light enviroment so that will appreciate both morning and night persons.

Microsoft took the opportunity to upgrade the Surface Studio display with this revision. The screen has been given quite a boost in the brightness and contrast departments by 38% (515 nits) and 22% (1,200:1). The keyboard and mouse inputs included in the box work just fine. The mouse has a welcome curvature to it that’s comfortable to hold. Both inputs require AA batteries. From the ergonomic point of view again there is nothing bad here.

The Surface Pen stylus that’s also included will feel identical to those found on Surface Pro tablets, as it’s the very same stylus. The Surface Pen attaches to the left side of the display magnetically. The Gravity Hinge still works here effortlessly, with all of the computer’s major components hiding within its base. The base has received a bit of an upgrade with a USB-C 3.1 port in addition to its existing USB 3.0

Coast Guard searching for person in water after vessel capsizes