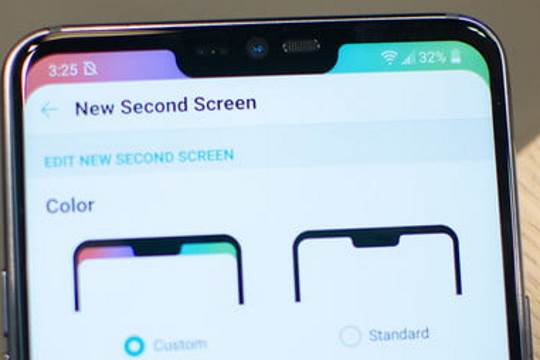 Smartphone   Its most prominent new feature is the notch

Though it is expected to be priced at around 900,000 won ($836), LG said the price will be announced before it goes on sale in South Korea, May 18. On the other hand, it's headed to Verizon, T-Mobile, and Sprint in the U.S. Verizon and Sprint will start taking pre-orders on May 24 and May 25, respectively. If you're with AT&T and would have liked to buy a G7 from that carrier, here's some bad news: it has no plans to sell the handset.

The LG G7 ThinQ features the Boombox Speaker that will enhance the overall audio experience with a sound level of more than six decibels. The G7 ThinQ consumes 30 percent less power than the G6 under the same conditions using a newly develop low-power algorithm. The cameras of the G7 ThinQ appear to provide better quality photos with their Super Bright Camera features. This will allow users to capture images that are up to four times brighter than the G6. The G7 ThinQ features dual lenses on the back both using 16-megapixel sensors. It also has an 8-megapixel selfie camera.

The G7 uses the 6.1-inch "Super Bright Display" LCD screen. The G7 ThinQ can shine at 1,000 nits so that users can have brighter viewing angles outdoors. The company said the ThinQ name stands for LG's artificial intelligence (AI) feature. Starting with the G7's face, perhaps its most prominent new feature is the notch. LG decided to buy into the current trend with its fresh new 6.1-inch 19.5:9 3120 x 1440 pixel display. It's an evolution on the Full Vision panel, now surrounded by even thinner bezels. ■

Manufacturing in Mexico in expansion mode for sixth straight month