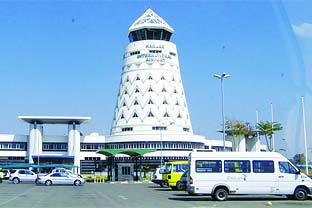 Zimbabwe's government signed an Air Services agreement with India, a development which will promote the national airliner and improve the country's tourist arrivals and the sector's gross domestic product (GDP) contribution.

Minister Mpofu said terms of the agreement stipulate that the designated airlines of the two countries can operate seven passenger or combined services per week in each direction while being allowed to operate any number of allcargo services. The airlines can also code-share.

This could be a major boost for Air Zimbabwe which is poised to resume international flights after being readmitted to the International Air Transport Association International (IATA) Operational Safety Audit program (IOSA) following a successful safety audit. ■