Staff writer ▼ | December 19, 2014
The World Trade Organization (WTO) strengthened its support for China in a final ruling in a dispute over punitive duties imposed by the United States on a range of Chinese products. 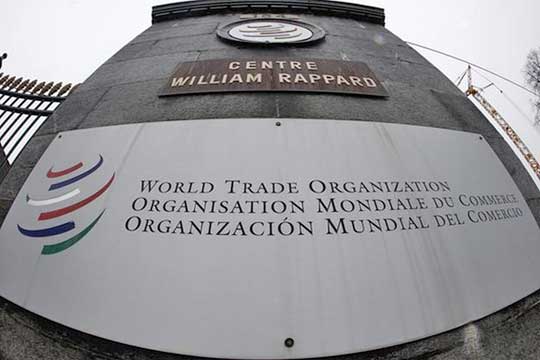 Good for China, bad for U.S.   The ruling cannot be appealed
A WTO appellate body upheld a panel ruling from July that Washington had "acted inconsistently" with global rules when it imposed extra import duties on a number of Chinese products.

The United States has slapped additional tariffs on products ranging from paper to tyres, magnets, chemicals, kitchen fittings and solar panels, arguing they were being dumped on its market to help Chinese companies grab business.

The July ruling charged that the U.S. duties had "nullified or impaired benefits accruing to China".

"We recommend that the United States bring its measures into conformity with its obligations," that ruling added.

China said at the time that the annual export value of the affected products was around $7.2 billion. Thursday's appeals body ruling went even further in its support for China. It slapped down an appeal by the United States charging that China's initial complaint and request to set up a panel on the issue in 2012 was inconsistent with WTO rules.

Responding to an appeal by China, it also reversed the few findings by the panel that had sided with the US in July.