Staff writer ▼ | December 5, 2014
Vietnam will cut import tax rates for specific auto products since the beginning of 2015, the Ministry of Finance said. 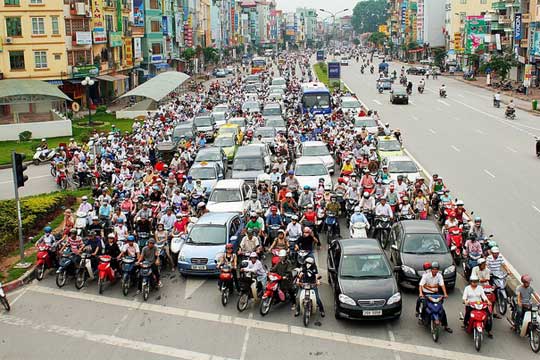 Good move   The cut on auto products will boost sales
The import tax for passenger cars excluding those with ten or more seats will be cut from the current 67 percent to 64 percent and that for four-wheel-drive vehicles from 59 percent to 55 percent.

The rate for trucks with gross weight of less than five tons will be reduced from 59 percent to 56 percent, according to a circular issued by the ministry.

Meanwhile, the vehicles tax for some types of motorcycles and bicycles equipped with supporting engines will fall to 40 percent from 47 percent.

According to the ministry, the reduction of import tax rates is in line with Vietnam's commitments to the World Trade Organization. The new tax rates will be applied from January 1, 2015. ■

Hain Celestial elects Adrianne Shapira to its board