U.S. to teach legal and illegal immigrants how to unionize

Staff writer ▼ | March 30, 2015
The federal government has signed agreements with Mexico, Ecuador and the Philippines to teach immigrants their rights to engage in labor organizing in the U.S. 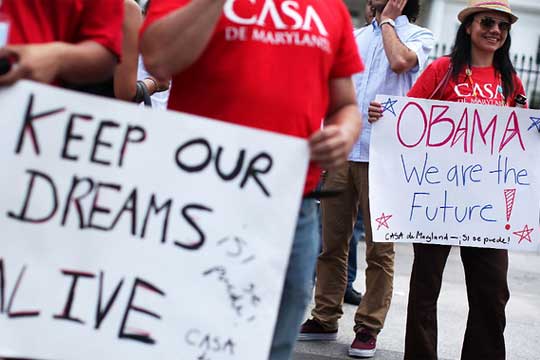 The five-member board is the agency that enforces the National Labor Relations Act, the main federal law covering unions. In 2013, Lafe Solomon, the board's then-acting general counsel, signed a "memorandum of understanding" with Mexico's U.S. ambassador.

The current general counsel, Richard Griffin, signed additional agreements with the ambassadors of Ecuador and the Philippines last year.

The board has said the law's protections for workers engaged in union organizing extend even to people who are not legally authorized to work in the U.S. An employer who fires an illegal immigrant worker — which is required under federal immigration law — can be sanctioned by the board if it decides the worker's union activism was the real reason for the dismissal.

UK first to reach 50% of ad spending on digital