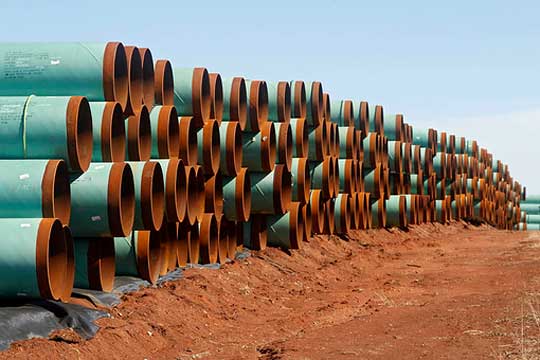 President Barack Obama has threatened to veto the measure, setting up an early battle over the TransCanada Corp project that would link Canadian oil sands to refineries in Texas.

West Virginia Senator Joe Manchin (Dem) co-sponsored Keystone legislation with North Dakota Republican John Hoeven. "By golly we need this oil. And I'd rather buy it from Canada than Venezuela," Manchin said during a hearing before the panel vote.

Hoeven says 63 senators support the measure, while 67 needed to override a veto. Democrats opposed to the pipeline have said they plan to introduce amendments in the full Senate requiring the pipeline to be built with U.S. steel and to prevent the oil from ever being exported. ■