Staff writer ▼ | October 6, 2014
The US has partially lifted a long-time ban on lethal weapon to Vietnam to help it improve maritime security. 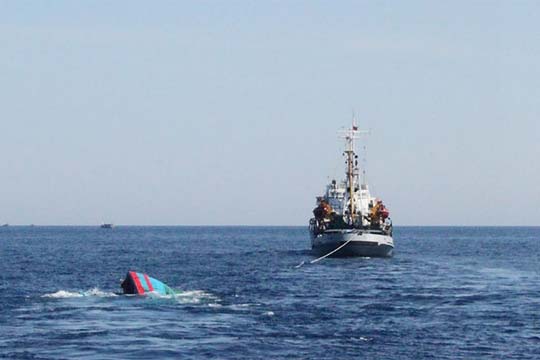 Lethal weapon sales   To improve maritime security
The easing of the ban in place since the end of the Vietnam War in 1975 will only apply to maritime equipment, State Department officials said, and comes amid warming ties and as Vietnam makes "modest" improvements to human rights.

State Department officials told a separate briefing that the decision would ease a ban on sales of lethal weapons to Vietnam that has been in place since the end of the Vietnam War, although only for maritime security purposes at this point.

US officials denied the policy change was an "anti-China" move and insisted they had no specific sales to outline so far, but would consider each request from Vietnam on a "case-by-case" basis.

The focus would be on helping Vietnam patrol and defend itself in the South China Sea, amid growing naval challenges from China, the officials said, but future weapons sales could include airborne systems as well as ships.

Vietnam's foreign minister last week said his country would welcome an end to the arms embargo after Reuters reported that the US was nearing such a decision. ■