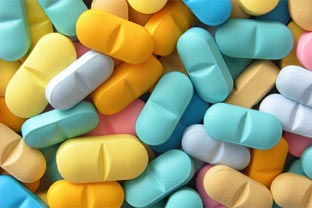 On her trip to India, the US Food and Drug Administration (USFDA) commissioner Margaret Hamburg signed a 10 point agreement with India's drug regulatory authority.


The two countries agreed to cooperate on regulatory matters and establish better coordination between the inspectors of both the regulatory authorities.

Speaking to Business Today after the meeting Drug Controller General of India (DCGI) G. N. Singh said, "It is a welcome development as drug regulators of two of the largest democracies of the world have agreed to work together for patient safety and to improve the quality of medicines and ensure a more science-based evaluation system."

The 10 point 'statement of intent' was signed between Hamburg and Keshav Desiraju, Secretary, Ministry of Health and Family Welfare.

"The experience of the USFDA will be utilised in the Indian context and we will accordingly add them to our ongoing efforts at capacity building - be it in respect of systems for drug testing or in bringing about greater accountability in the governance of the system," Singh said.

Singh said the concerns of the Indian pharmaceutical companies - a few of which had faced problems of non compliance with the USFDA - were also discussed at the meeting. Indian companies wanted non-compliance to be seen in isolation and not as some kind of indictment of the entire Indian pharma industry. Each case should be seen as a company-specific problem. ■