Staff writer ▼ | December 12, 2014
The U.S. House of Representatives voted to pass a $1.1 trillion spending bill that would fund most of the U.S. government through September next year, just hours ahead of a midnight deadline to avert a government shutdown. 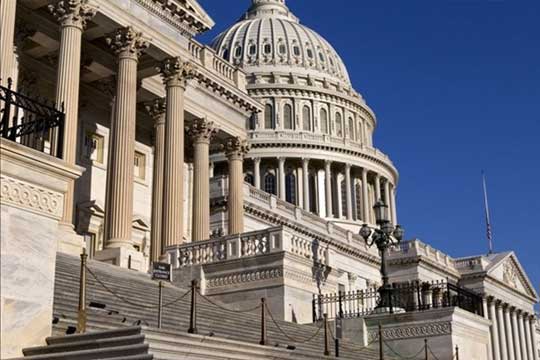 Vote   Just hours ahead of a midnight deadline
The House narrowly approved the measure with a vote of 219 to 206, which would fund the Department of Homeland Security that includes immigration and border control agencies only through February and give Republicans another chance to fight over President Barack Obama's immigration reforms early next year.

The House also passed a 48-hour extension of existing funding to keep the government open beyond midnight Thursday and provide enough time for the Senate to approve the $1.1 trillion bill.

The Senate passed the two-day stopgap spending measure by a voice vote shortly after the House approved it, which is expected to be signed into law by President Obama promptly and avoid a government shutdown at midnight.

The Senate is expected to debate and vote on the long-term spending bill as soon as Friday, according to local media.

The White House said Thursday it supported House passage of the long-term spending bill and appreciated the bipartisan effort to include full-year appropriations legislation for most government functions. ■