Ukraine: We need $10b to avoid bankruptcy, and need it yesterday 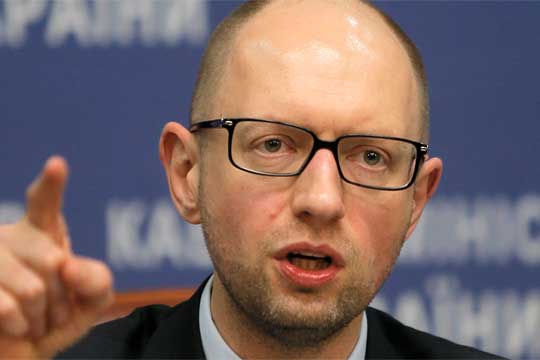 Problem   Ukrainian Prime Minister Arseniy Yatsenyuk:
Ukraine's war with pro-Russian separatists has battered an already bad economy. Ukraine's currency, the hryvnia, is at a record low. The EU is demanding that Ukraine implement economic reforms in exchange for financial aid.

But Yatsenyuk said it is hard to fight a nuclear state "armed to the teeth", a reference to Russia, which has allegedly sent soldiers and weapons to Ukrainian separatists.

The United Nations reported that at least 4,707 people have been killed since the conflict in eastern Ukraine began in April.

The report says there is a "total breakdown in law and order" in eastern Ukraine. It says this is fueled by heavy weapons and foreign fighters crossing the borders, including from Russia.