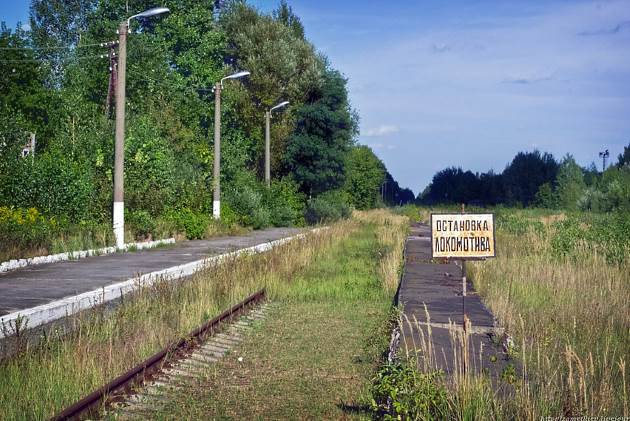 Transportation   The railway line will be used for transporting radioactive waste
During its meeting, the cabinet allocated $34.8 million for the reconstruction of a 47-km-long Vilcha-Yanov railway line in the Chernobyl zone, the Interfax-Ukraine news agency said.

According to the agency, the railway line will be used for transporting radioactive waste to the central spent fuel storage facility, which is now under construction near the Chernobyl NPP.

The reconstruction of the railway line, whose functioning was suspended in 2007, is set to be completed in three years.

In November 2017, Ukraine started the construction of the central spent fuel storage facility, which is due to be commissioned by 2022.

The building of the central spent fuel storage facility, which would cost an estimated 1.4 billion dollars, is aimed at boosting Ukraine's capabilities in managing and storing its nuclear waste. After the facility is put into operation, it will store spent nuclear fuel from three Ukrainian nuclear power plants.

The Chernobyl plant, located some 110 km from Kiev, witnessed one of the worst nuclear accidents in history on April 26, 1986.

The blasts at the No. 4 reactor spread radiation across Ukraine, Belarus, Russia and other European countries. ■

uniQure appoints two to board of directors