Staff writer ▼ | January 29, 2014
Ukraine and Russia will sign major contracts for implementation of joint cooperation projects in shipbuilding, aviation, and a number of other sectors in the near future. 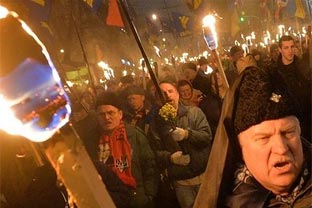 Ukraine and Russia will sign major contracts for implementation of joint cooperation projects in shipbuilding, aviation, and a number of other sectors in the near future.


"We can confidently tell people that, while taking a break, we were able, first of all, to solve the trade-economic problems in relations with Russia, which is very important for us. We already have on the table and will sign in the near future very large contracts for joint cooperation projects in shipbuilding, aviation, and a number of other sectors," Ukrainian Prime Minister Mykola Azarov said.

Ukraine recently received a substantial financial aid from Russia. Using the received loans Ukraine has a chance to implement a program for revitalization and modernization of economy, while improving its competitiveness.

"It means that we actually started preparation of our industry for working conditions of free trade zone with European Union," Mr. Azarov said.

Previously, on November 21, 2013, the government announced suspension of preparation for the EU Association Agreement, motivating it by the need to develop economic relations with Russia and CIS.

On December 17, 2013, the Ukrainian-Russian Interstate Commission chaired by President of Ukraine Victor Yanukovich and President of Russia Vladimir Putin signed a number of agreements, in particular, about the fact that Russia will buy Ukrainian Eurobonds for 15 billion USD, including the National Welfare Fund (NWF) resources. On December 24, 2013, the National Bank of Ukraine (NBU) received $3 billion from Russian NWF. ■