Staff writer ▼ | September 13, 2013
Ukraine has developed within the framework of the United Nations a law defining the legal principles of the fight against piracy at national level. 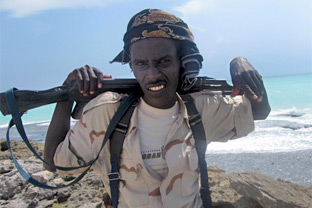 Ukraine has developed within the framework of the United Nations a law defining the legal principles of the fight against piracy at national level.


The proposal has been voiced by Ukraine Special Representative for the Middle East and Africa Hennadiy Latiy in Dubai in his speech at the Third International Counter-Piracy Conference, according to a Ukrinform reporter.

"Ukraine proposes to start developing a model law in the framework of the United Nations Office on Drugs and Crime (UNODC). The model law will define the legal principles of measures to combat piracy at national level, in particular, criminal responsibility for committing and financing the acts of piracy," the diplomat emphasized.

Latiy added that Ukraine, as a maritime nation, whose citizens have repeatedly suffered from pirate attacks, is convinced that the solution to the problem of maritime piracy can move forward with a deeper harmonization of legislation of UN member states in this area.

Within the framework of international efforts to combat piracy, Ukraine is actively involved in the work of the Contact Group on Piracy off the Coast of Somalia (CGPCS) and its working groups, the diplomat reminded. Until the end of this year, Ukraine will join the NATO-led Ocean Shield Operation (OOS) and the EU ATALANTA operation, sending the Hetman Sahaidachny frigate with a maritime patrol and reconnaissance helicopter.

The Ukrainian government has recently passed a resolution that provides the ability to protect Ukrainian merchant ships and their crews by armed guard, Latiy added.

He also noted the positive results of fighting piracy off the coast of Somalia that have been achieved through continuous international cooperation based not only on naval operations.

According to the diplomat, international efforts have resulted in a dramatic decrease in the number of pirate attacks in the last two years: at the end of August 2013 only 176 cases have been recorded, including 10 seizures of ships, compared to 439 incidents in 2011 and 297 ships attacked in 2012. ■

Exports of fruit from Chile to China grew by 47%