Staff Writer | December 6, 2017
Ukraine and China celebrate the 25th anniversary of establishing diplomatic relations and are reaching the new strategic level of cooperation. 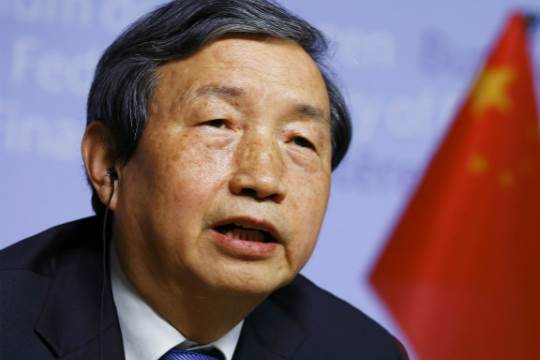 Cooperation   The 25th anniversary
That envisages the implementation of joint projects for the total amount of near $7 billion, the press service of the Cabinet of Ministers of Ukraine.

According to a report, the relevant agreements were reached during a meeting of Prime Minister of Ukraine Volodymyr Groysman and Vice Premier of the State Council of the People’s Republic of China Ma Kai.

The meeting was held during the third session of the commission on bilateral cooperation between the governments of Ukraine and the People's Republic of China.

Groysman congratulated the meeting participants on the completion of important negotiations aimed at enhancing the comprehensive collaboration between the two states.

"China has been and still remains our strategic partner and our strategic priority. And today, we are opening up new opportunities for deepening our partnership and re-launching the implementation of joint projects and initiatives," Groysman said.

In response, Ma Kai said that China pays great attention to cooperation with Ukraine, both in the political sphere, as well as in trade and economy.

"We believe that we are united in this regard. Hence, we express readiness to encourage and boost our cooperation," Ma Kai said.

The parties said that China had demonstrated strong support for Ukraine and enters the top three trading partners of Ukraine. In the first nine months of 2017, trade turnover between the countries has increased by 14.5%, up to $5.6 billion.

For its part, Kyiv is pursuing the chosen path of internal reforms aimed at leveraging investment from China into the agricultural sector, industry, banking, and joint implementation of large-scale logistics and infrastructure projects both of the continental, in particular the One Belt One Road initiative, and local significance.

Kyiv counts on the active participation of Chinese investors in the major privatization of Ukrainian assets. Groysman also said that the year of 2019 would be declared The Year of China in Ukraine.

"We will open up new opportunities for investment, including through the adoption of new legislation on privatization and concession. In doing so, we shall create a tool for raising capital in Ukraine. Moreover, we possess sufficient human resources and technology development opportunities, so we can talk about joining efforts to strengthen common positions in the world market," Groysman said.

"Ukraine reiterates its commitment to be a reliable partner in cross-border projects, primarily, in logistics domain. We are open to cooperation and elaboration of initiatives that would be included in the general strategy for the development of the aforesaid projects," he said.

The Vice Premier of the State Council of China welcomed the striving of Ukraine to actively engage in the implementation of international projects, as well as to create the most favorable business climate to bolster entrepreneurship development.

"For our part, we are keen on encouraging investments. Thus, it will contribute to the restoration of Ukraine's economy. So, we propose to step up our cooperation on the international project "One Belt One Road" and, in this context, we consider Ukraine as one of the logistics and industrial hubs on the way to the European Union. We also hope to resume work on our joint infrastructure projects. The spectrum of our interaction is not limited to the agricultural sector or the construction of infrastructure facilities. We are also interested in technological cooperation, the creation of industrial parks, and cooperation in the field of aircraft engineering, space exploration and energy," the Vice Premier of the State Council of China said.

The head of the Ukrainian government thanked the Chinese side for the proposals and assured that the potential of cooperation between the states is really significant.

"We are ready to work out different incentives and promote their implementation. There are plenty of plans, opportunities even more, so we must be responsible to address the tasks that we outlined", he said.

At present, the structure of Ukrainian exports to China is dominated by the supply of ore, slag and ash, fats and oils of animal or vegetable origin, cereals and other things. Total exports for the first nine months of this year amounted to $1.5 billion.

Since 2002, there have been signed 14 agreements between China and Ukraine, which stipulate the provision of free assistance to Kyiv. Its volume reached CNY 470 million (more than $70 million).

China is the second largest economy in the world after the United States, which has the world's largest growth of 6.7%.

Total turnover of China is almost $3 trillion per annum, and the volume of foreign investments in the economies of third countries in 2016 amounted to $170 billion, the press service said. ■

Ukraine signs $800 million loan with World Bank, Japan
World Bank pledges $3 billion to Ukraine for reforms
World Bank to support Ukraine with up to $2 billion in 2015