Staff Writer | August 1, 2017
The UK does not intend to lower taxes far below the European average to remain competitive after Brexit, but rather expects to keep a recognizably European economic and social model, British Chancellor of the Exchequer Philip Hammond said. 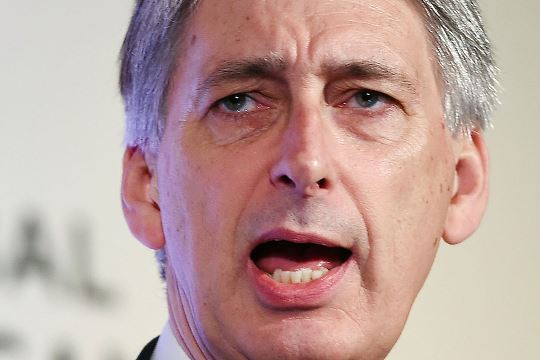 Exit   British Chancellor of the Exchequer Philip Hammond:
Hammond had suggested in January that Britain might have to change its economic model to remain competitive in the event that it left the EU without having secured an agreement on market access.

Hammond, who had campaigned for Britain to remain in the EU ahead of last year’s referendum, is seen as a proponent of a relatively “soft Brexit.”

In an interview with French newspaper Le Monde published over the weekend, Hammond was asked whether Britain would play the low-tax card to remain economically attractive after Brexit.

“It is often said that London would consider launching into unfair competition in terms of fiscal regulation. That is not our project or our vision for the future,” Hammond was quoted as saying in response.

“The amount of tax that we raise, measured as a percentage of GDP, is within the European average and I think we will remain at that level. Even after we have left the EU, the United Kingdom will keep a social, economic and cultural model that will be recognizably European,” he said. ■

Tusk threatens: Brexit is incident, others will not exit
May has useful meeting with EU's Juncker ahead of Brexit summit
European leaders needed 15 minutes to agree on Brexit talks

Los Angeles to have fully electric bus fleet by 2030