Staff writer ▼ | April 7, 2015
The British government has dismissed a reported threat from Argentina to prosecute oil firms drilling near the Falkland Islands. 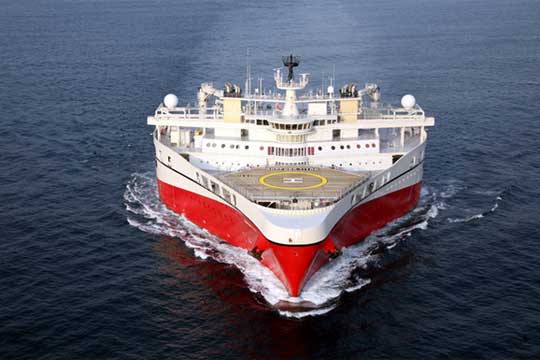 UK and Argentina   "Falkland Islands have right to develop"
Argentine authorities said that the explorations "carry a huge environmental risk" and claimed that the London-registered companies, which announced last week they had found oil and gas in a remote field off the Islands, should be tried in Argentina.

Argentina claims rights to the continental shelf of the Falklands but Britain, rejects such sovereignty demands.

The comments came after three British firms – Premier Oil, Rockhopper Exploration and Falkland Oil & Gas – announced on Thursday that they had found oil and gas in a remote field north of the Islands. The firms currently hold stakes in the Zebedee well of 35%, 40% and 25% respectively.

The three firms are also looking to explore the Elaine/Isobel well in the North Falkland Basin, where they believe there may be further reserves of oil and gas. Results of initial tests due to be carried out will be released at the end of this month.

Argentina is looking to renew a 2013 reform of a hydrocarbons law that states penalty fines and lengthy prison sentences can be levied on company executives who lead the search for natural resources without permission from the government. But the British government insisted that the companies were acting within their rights.

A Foreign Office spokesman said: "We have always been very clear that this is an unlawful assertion of jurisdiction over the Falklands Islands’ continental shelf, which we reject, and we will raise it will the appropriate authorities.

"We are satisfied that the Islands have the right to develop their hydrocarbons sector as a legitimate commercial venture with international oil and gas companies, and will continue to support them as they move forward. Argentine domestic law does not apply to the Falkland Islands." ■