Staff writer ▼ | February 10, 2015
The UK will continue its international leadership in the response to the Ebola outbreak by becoming the first country to pledge to a new IMF trust to relieve debt caused by the virus. 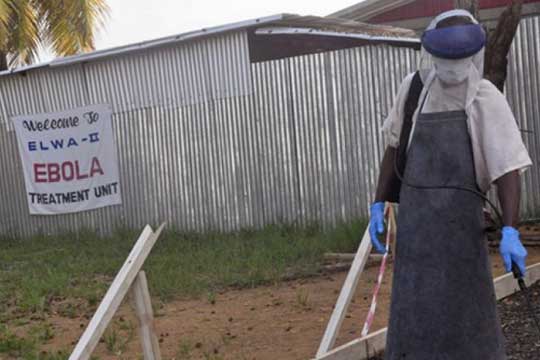 Help with health   A new IMF fund
The Chancellor has announced that the UK will contribute $50m to a new IMF fund to relieve the burden of debt caused by the Ebola epidemic in West Africa.

The IMF's new Catastrophe Containment and Relief (CRR) Trust was launched last week. Its first role will be to provide grant aid that will be used for relief on debt service payments to the IMF for the three countries most affected by the ongoing Ebola epidemic: Guinea, Liberia, and Sierra Leone.

The countries will be able to access funds to enable them to cover upcoming repayments to the IMF for two years, allowing them to redirect those resources to fighting the outbreak, and repairing their economies and societies.

The Trust expands upon the IMF's Post Catastrophe Debt Relief (PCDR) Trust that originally was set up around the Haiti earthquake in 2010 to assist countries hit by natural disasters. The new CCR trust will expand the remit of that Trust to also allow countries facing public health emergencies to access the funds to help contain potentially devastating international spillovers.

The IMF will part-fund the new CRR Trust from existing IMF resources, but the IMF's Managing Director Christine Lagarde has also made clear that it will require additional support from the IMF's members.

The UK's contribution will ensure immediate support for the Ebola-affected countries, but also the sustainability of the CCR Trust in the future to provide support to countries experiencing natural disasters or public health disasters. The UK today becomes the first country to pledge to the CCR Trust. ■