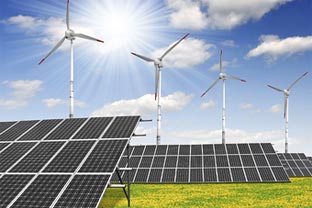 The UAE has signed a partnership agreement with New Zealand to accelerate the global deployment of renewable energy projects, especially in Pacific Island countries.


The projects will be financed by a $50 million grant from the UAE-Pacific Partnership Fund and a $54 million pledge from the New Zealand government. The agreement was signed during the ongoing Abu Dhabi Sustainability Week.

Abu Dhabi's renewable energy company Masdar will implement the projects on behalf of the UAE in partnership with the New Zealand Ministry of Foreign Affairs and Trade. The partnership arrangement further aids the UAE's efforts to deploy renewable energy as a form of development assistance.

International Renewable Energy Agency (IRENA) has reported that in most Pacific Island nations, renewable energy has reached a tipping point where it outcompetes traditional sources of power generation on cost.

The UAE will fund various renewable energy projects in Pacific Island countries through its UAE-Pacific partnership fund, which is formed via grant financing from the Abu Dhabi Fund for Development (ADFD).

The $50 million UAE-Pacific Partnership Fund was launched in March 2013 by Sheikh Abdullah bin Zayed Al Nayhan, the UAE's minister of foreign affairs, and is administered by the ministry's Directorate of Energy and Climate Change. The fund covers project feasibility studies, engineering design, plant equipment supplies and installation, construction and operation and maintenance training.

Mia Brunell Livfors to step down as CEO of Kinnevik