Staff writer ▼ | January 30, 2014
The United Arab Emirates said it was looking at the possibility of importing natural gas from North America. 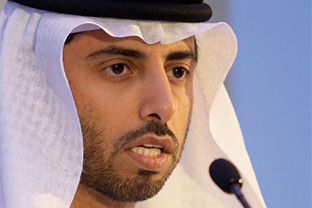 The United Arab Emirates said it was looking at the possibility of importing natural gas from North America.


The United States and Canada are producing record amounts of gas from shale rock formations, pulling down North American prices to levels that have attracted the interest of foreign buyers. Around a dozen long-term deals, each worth billions of dollars, have recently been signed behind closed doors between U.S. producers and buyers in China, Japan, Taiwan, Spain, France and Chile as global demand for gas increases.

"We may follow the same trend of considering investments in the United States and Canada to bring some of that gas back home," UAE Oil Minister Suhail bin Mohammed al-Mazroui said at an energy conference in London.

Rapidly rising demand and slow production growth have made UAE a net importer of gas over the past few years.

The UAE's Abu Dhabi National Energy Company has already invested in Canada's oil and gas sector but so far has not been publicly involved in North American natural gas export projects. "The United Arab Emirates is seriously thinking about that now," the minister said. ■