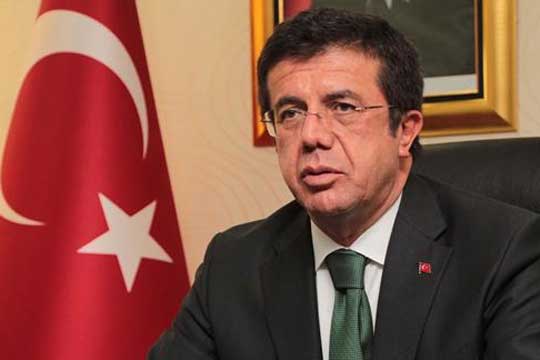 Cooperation   Minister Nihat Zeybekci
Zeybekci is expected to hold meetings with the CEOs of Samsung, CJ Group, Doosan Group and Hyundai to convince them to invest in Turkey, the Turkish Economy Ministry said in a statement.

Turkey and South Korea will sign free trade deals in the investment and service sectors to complement a free trade agreement that came into effect in May 2013.

The two countries reached a de facto agreement for free trade in the investment and service sectors in July 2014 after a seventh round of negotiations to narrow their remaining differences on the text of the free trade agreement.

“After the implementation of the agreement, we will also mark Turkey's first-ever free trade pact in the service and investment sectors,” the Ministry said.

Trade between two countries stood at $7.5 billion last year. It is comprised of $471 million in exports to South Korea and $7.5 billion in imports to Turkey, according to the ministry.

South Korean companies are very active in Turkey, particularly in the automotive, IT, mining, tourism and manufacturing industries. ■

Financial services firms lack the talent they need to succeed