Staff Writer | December 24, 2017
The U.S. government led by President Donald Trump has decided to renew leases for mining copper and nickel on land bordering a wilderness area in Minnesota, rolling back the environmental regulation put in place by the prior Barack Obama administration, the Interior Department announced. 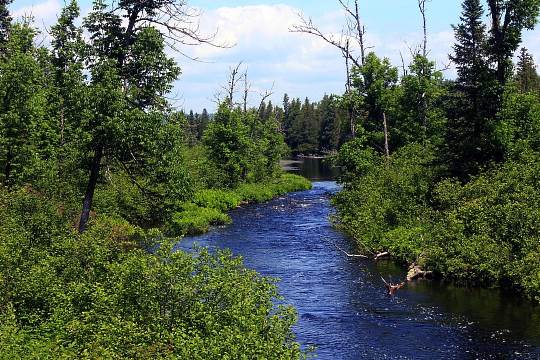 The company had previously presented a project for mining copper and nickel right next to the Boundary Waters Canoe Area Wilderness, an nature reserve with an area of some 175,000 square miles (450,000 square kilometers) of lakes and woodland in northern Minnesota near the Canadian border, and protected since 1926.

However, two years ago the Obama government shut those plans down to avoid the risk of irreparable damage to the beautifully preserved Boundary Waters Canoe Wilderness Area from acid mine drainage.

The US press also noted that Trump’s daughter Ivanka and her husband, Jared Kushner, rent a house from Luksic for $15,000 a month.

Both work as Trump’s presidential advisers in the White House.

Asked about that relationship, a US government employee, who asked to remain anonymous, denied any connection between the mining leases and the house rental.

In a statement, Twin Metals Minnesota expressed its satisfaction at the Trump administration’s decision, which it described as “an important first step to ensure the certainty of investments in U.S. mining projects and to reaffirm long-standing property rights and the rule of law.”

The area has one of the largest reserves in the world of untapped copper and nickel, the company said upon presenting its project, and has an estimated value of $2.8 billion.

Since his arrival at the White House, Trump has repealed numerous Obama regulations while promising a strong future for the US mining and energy sectors, which he considers asphyxated by the excessive zeal of his predecessor in environmental matters. ■

Hess Corporation completes sale of interests in Norway for $2 billion