Christian Fernsby ▼ | March 23, 2020
U.S. President Donald Trump announced Sunday that he has activated the National Guard to help New York, California and Washington state in response to the novel coronavirus pandemic, where more than 240 people alone have died from the disease. 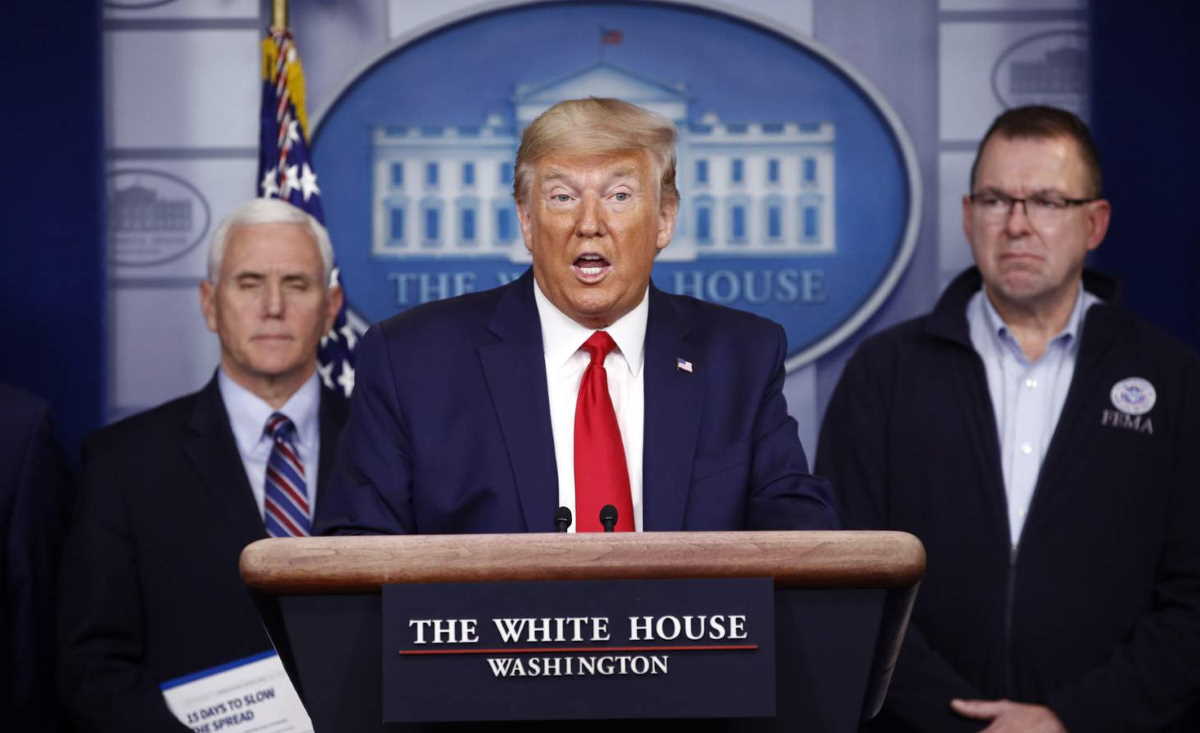 America   President Donald Trump
"Today, I am announcing action to help New York, California and Washington ensure that the National Guard can effectively respond to this crisis," Trump said at a news briefing at the White House.

He said the three states have been "hit the hardest," adding: "We’re dealing also with other states."

The president said the federal government will fund 100% of the cost of deploying national guard units to carry out approved missions to stop the virus.

The governors will be in command and the administration will be following them, said Trump, adding he spoke with the states’ leaders on the action and noted "they're very happy with what we're going to be doing."

"This action would give them the maximum flexibility to use the Guard against the virus without having to worry about costs and liability," he said. "And it frees up state resources to protect the health and safety of the people in their state."

The president also said the federal government has deployed hundreds of tons of supplies from national stockpiles to locations "with the greatest need in order to assist in those areas." ■

Tanzania to deregister over 3,000 cooperatives over poor management

If you want a promotion, learn how to speak