The U.S. and China agree to historic emission reduction targets 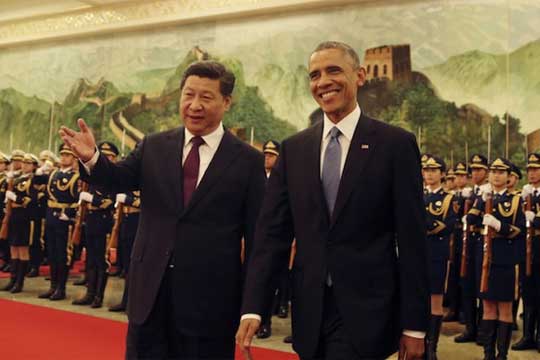 The pledge commits the U.S. to cut its emissions 26 to 28 percent below their 2005 levels by 2025. This builds on the current target of a 17 percent reduction below that baseline by 2020, and could actually double the pace of emission cuts set by that initial goal from 1.2 percent a year to as high as 2.8 percent per year.

The White House has actually been looking into the possibility of expanding beyond the 2020 target since 2013, and has been involved in occasional interagency meetings to that effect.

For its part, China is committing to get 20 percent of its energy from non-fossil-fuel sources by 2030, and to peak its overall carbon dioxide emissions that same year.

China's construction of renewable energy capacity is already proceeding at a furious pace, and this deal will require the country to deploy an additional 800 to 1,000 gigawatts of zero-carbon energy by 2030. For comparison, 800 to 1,000 gigawatts is close to the amount of electricity the U.S. current generates from all sources combined. ■

The Netherlands to open the world's first solar bike lane