Staff writer ▼ | June 3, 2015
Thailand and Laos will be cooperating in the development of science and technology, according to the Science Minister. 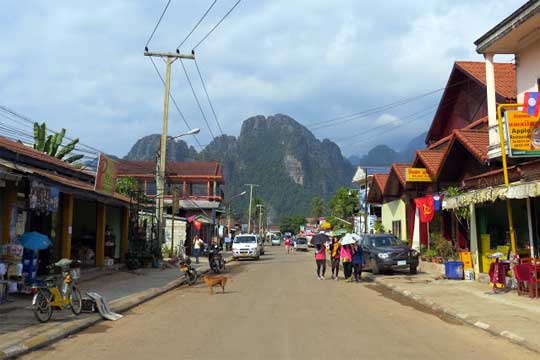 Cooperation   The Thailand-Laos Science Caravan
The Minister of Science and Technology Pichet Durongkaveroj has revealed after presiding over the opening ceremony of the Thailand-Laos Science Caravan at the National University of Laos (NUOL) in Vientiane, saying that both countries have signed agreements in 14 different science and technology projects such as water management, biotechnology, laboratory, and human resources development.

These development frameworks will create the foundation where scientists from both countries can work together as a network.

On this occasion, the Lao Minister of Science and Technology Boviengkham Vongdala has revealed that children and youths in Laos have a growing interest in science and technology. He added that Laos will ask for cooperation from Thailand to expand the Science Caravan event to other cities in Laos as well.

He has mentioned that Laos PDR has the strategy to develop the nation’s science and technology affairs by raising the awareness of science and technology among the public, and the improvement of legal mechanism and human resources to accommodate and incorporate science into the public's daily lives to improve the quality of life and manufacturing capacity in the ASEAN market.

Scientific development will also be a cooperative framework in working with foreign countries. ■