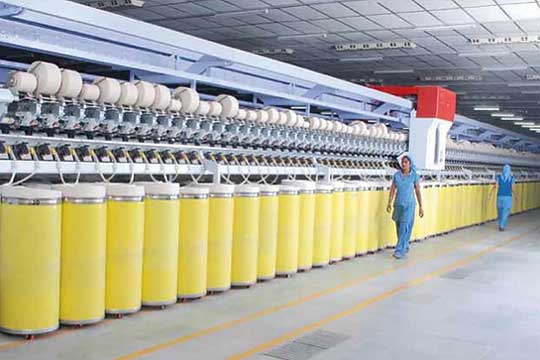 India   Union textiles minister Santosh Kumar Gangwar
He said that textile parks can play an important role in this regard by attracting huge investment and generating employment, according to an official statement.

In a speech at a workshop in Surat to showcase progress of the Textile Parks set up under SITP, Gangwar said that the approval of 20 new parks has taken the total number of parks approved under the scheme to 70. Once operational, these parks are expected to attract investment of Rs 30,000 crore and generate employment for 11,00,000 people.

The minister informed that government would set up 8 to 10 more parks in the 12th Five Year Plan. These parks will be catalytic in realising the Prime minister’s "Make in India" vision. He urged the state governments and the industry to work in unison to make India a global leader in textile manufacturing.

Govindas Konthoujam, Manipur’s commerce and industry minister who also attended the workshop, said a road corridor is proposed from Moreh in Manipur to Mandalay in Myanmar and then to Thailand which will provide better access to the Southeast Asian market for Indian textile industry.

He reassured the industry that the state government would provide all necessary support and peaceful and secure conditions for textile investors in the state. (SH) ■

Zoetis appoints Paul M. Bisaro to board of directors