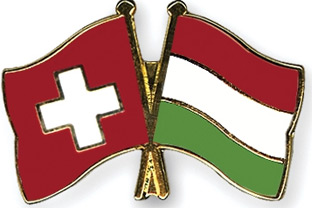 
"The agreement enables Hungary and Switzerland to exchange information on tax payers of the other country upon request," Pascal Duss, a senior official at the Swiss Federal Department of Finance told The Wall Street Journal, adding this was the key feature of the new agreement, which replaces a previous deal signed in 1981.

The parliaments of Switzerland and Hungary have yet to approve the agreement, which is similar to revised double taxation agreements signed with some of Hungary's neighbors, including Austria, the Czech Republic, Slovenia and Bulgaria. Those agreements were mainly signed in 2012 and 2013.

A few months agot, Hungary said it would ask Switzerland for data on Hungarian assets held in Swiss accounts to impose a penalty tax as it battles against tax evasion. Officials were estimating that Hungarians had approximately $4.4 billion in Switzerland. ■