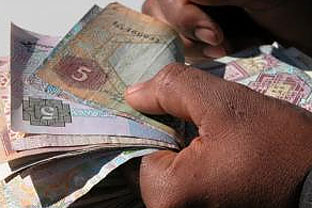 
The money will also help to sharpen the Uganda's competitive edge in East African integration. The money will be used to help operationalise a One Stop Border Post (OSBP) under construction at the key frontier post of Busia, through which most of Uganda's imports and exports must pass along the northern corridor from Kenya. This is one of the most expensive trade routes in the world.

The funding is continued core support for TMEA's work to improve Uganda's trade by cutting through some of the procedural and bureaucratic red tape that slows trade between the landlocked East African state and her neighbours.

"We eagerly look forward to the day when this OSBP becomes operational and reduces the duplication and delays that add to the cost burdens of importers and consumers in Uganda and its neighbours," said TMEA Chief executive officer, Frank Matsaert.

The funding by Sweden, one of TMEA's donors, will also help upgrade a customs management system to further save time and to help the Uganda Bureau of Standards implement a modernisation plan, the release said.

"TMEA Uganda greatly appreciates the funding provided by the Government of Sweden to complement funds available by other partners, namely the UK Department for International Development and the Embassy of the Kingdom of Netherlands in Uganda. This will help consolidate the gains already made in the programme," said TMEA's Uganda country director, Annette Mutaawe. ■