Sri Lanka to focus on China

Staff writer ▼ | August 22, 2014
Sri Lanka will focus on increasing trade and investment with China as well as broadening the scope of a proposed Free Trade Agreement (FTA), a top official said. 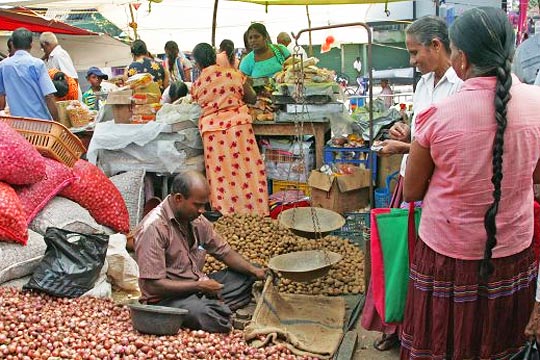 Increasing investment   Minister Lakshman Yapa Abeywardene announced:
Sri Lankan Investment Promotion Minister Lakshman Yapa Abeywardene made the remarks during an interview with reporters. He said relations between Sri Lanka and China have leapfrogged since 2008 with around $5 billion in infrastructure loans being given to the Sri Lanka government by China for various massive projects including ports, airports, highways and railroads.

One of the biggest projects is a $1.2-billion coal power plant in the northwest of the island, also the first in the country. But trade has remained low with exports accounting for about 1 percent of Sri Lanka's $1.3-billion sector.

Elaborating on the Sri Lanka-China Free Trade Agreement (FTA), Mr. Abeywardene noted that a target of $2 billion in Foreign Direct Investment (FDI) has been set for 2014 with volumes increasing over the next few years. He also stressed the need to make it as comprehensive as possible to encourage the increase of trade.

Chinese arrivals in the first six months of 2014 jumped a significant 137.2 percent to 52,230 compared to the same period last year, according to the latest data from state-run Tourism Development Authority (SLTDA). China remained the third largest market for tourists to Sri Lanka behind India and Britain, recording a 125.1 percent increase in June 2014 compared with the previous year.

The tropical island is aiming to attract 2.5 million arrivals by 2016, buoyed by fast increasing arrivals from China. Sri Lanka's economy is expected to grow by 7.8 percent in 2014, according to the Central Bank. ■