Staff writer ▼ | August 26, 2014
The Government of Sri Lanka has invited Japanese investment for production of raw materials used in the apparel industry. 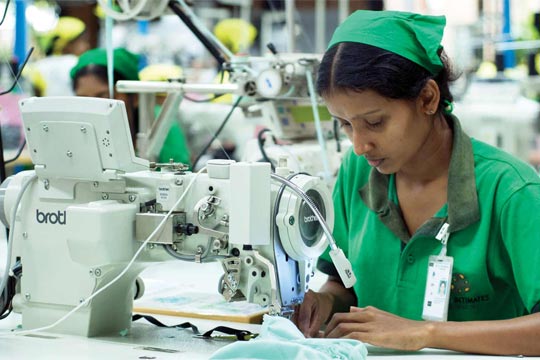 Mr. Rajapaksa said Japan has made major scale investments in Sri Lanka, which has enabled a large number of Sri Lankans to be employed in Japanese factories in Sri Lanka, earning a large amount of foreign exchange for the country.

Mr. Rajapaksa said that factories for production of raw materials required for the production of apparels be started in Sri Lanka with Japanese investments. "Since our labor resources are knowledgeable, efficient and friendly, it will be easy to achieve productions of higher quality."

The Minister further stated that the Government is ready to provide requisite facilities and assistance for the production of apparels.

Mr. Thadai Suki said he was very much pleased with the development achieved by Sri Lanka. He added that Japanese investors will be able to dispatch their production to reach their anticipated destinations with little cost, thanks to the improved transport facilities including super highways. ■

Douglas A. Milroy appointed chairman of G&K’s board of directors