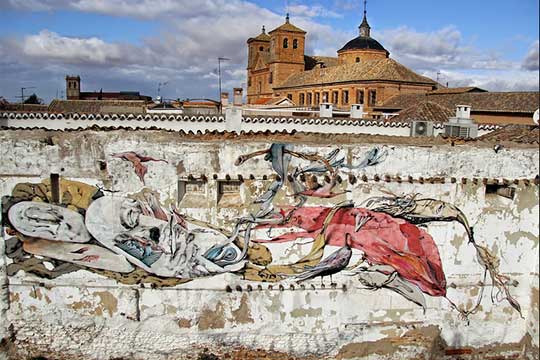 Europe   1.033 trillion euros
The figure meant a 7 percent increase when compared with a year earlier when Spanish debt stood at 966.170 billion euros and represented 92.1 percent of GDP.

The debt of the central administration rose by 6.9 percent to 895.852 billion euros, representing 84.6 percent of GDP, the Bank of Spain said.

The debt of Spanish regions, Autonomous Communities, rose by 12.8 percent on a year-on-year basis to 236.747 billion euros and represented 22.4 percent of GDP.

On the other hand, the debt of local governments fell by 8.91 percent in 2014 when compared with a year earlier to 38.363 billion euros and the debt of Spain's Social Security System fell by 11.8 percent to 17.188 billion euros.

The Spanish Ministry of Economy said the country's public debt will start stabilizing in 2015 thanks to the efforts of fiscal consolidation carried out by the government, which is placing debt on the markets at very low interest rates. ■