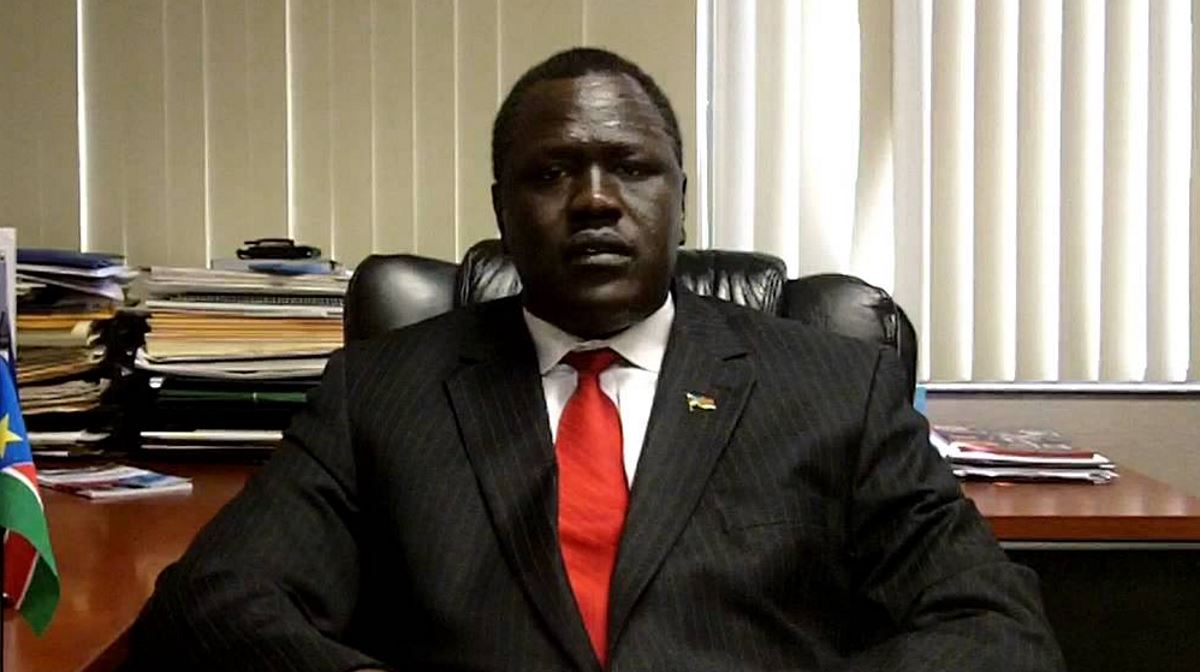 Africa   Ezekiel Lol Gatkuoth
Ezekiel Lol Gatkuoth, petroleum minister said the deal, which he signed with his South African counterpart, minister of energy Jeff Thamsanqa Radebe, will permit the two countries to work together in the oil sector and boost economic growth.

Gatkuoth said the agreement will be jointly supervised by the Johannesburg-based state-owned oil company, Strategic Fuel Fund, and Juba-based Nile Petroleum Cooperation in a bid to stimulate and revitalize the energy sector in South Sudan.

"I congratulate the people of South Africa for deciding to come and invest in South Sudan. Investment in South Sudan will benefit both Juba and Johannesburg in various ways because this is people investment," said Gatkuoth.

He said South Sudan never had an exploration and production sharing agreement with any company before, adding that Juba has the right to award it to any potential and eligible company based on mutual ties.

"Today we have decided to award this Bloc B2 to Strategic Fuel Fund Association, a state-owned company by the Republic of South Africa. We are very happy to enter into this engagement with the Strategic Fuel Fund," said Gatkuoth.

Jeff Thamsanqa Radebe said the project will serve his country better since Johannesburg is the biggest net importer of crude oil, adding that the engagement will support them in tackling issues related to energy supply.

"The project will assist us in dealing with security of energy supply which is very dire in South Africa as you know every year, every month the fuel prices go up because we are solely dependent on other countries for our energy security matters," said Radebe.

He said South Africa is ready to work with Juba in the areas of economic development that will spur the two nations' prosperity.

Radebe said the agreement is part of last year's one billion dollar oil deal that will allow Johannesburg to invest in oil refinery, exploration and pipeline development in South Sudan. ■

Tanzania working to control spread of dengue fever as cases rise to over 1,000