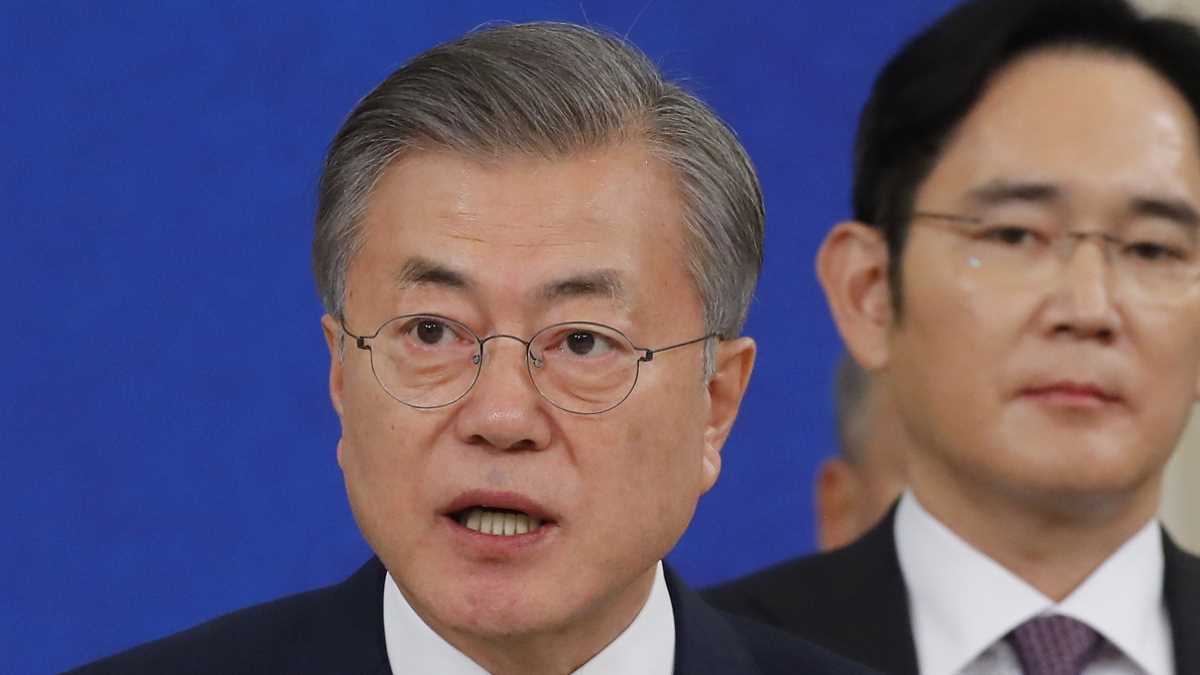 Under the joint statement announced after the meeting, the government and the rival parties agreed on a bipartisan cooperation to address Japan's "economic retaliation."

They also agreed to make concerted efforts to minimize damage to the economy and beef up competitiveness of the homegrown materials, parts, equipment industries as well as the economic fundamental.

An emergency cooperative body for the pan-governmental countermeasures in cooperation with the political parties will be launched, said the statement.

The bipartisan agreement came after Japan tightened regulations earlier this month on its export of South Korea of three materials vital to product memory chips and display panels that affect the manufacturing of smartphone, TV and other tech products.

Japan's export restriction came in protest against the South Korean top court's rulings that ordered some of Japanese companies, including Nippon Steel and the Mitsubishi Heavy Industries among others, to pay compensation to the South Korean victims who were forced into labor during the Japanese colonization of the Korean Peninsula.

The joint statement lashed out at the Japanese action, calling it an unfair, economic retaliation that runs counter to the free trade order and severely damages the friendly, mutually reciprocal relations between Seoul and Tokyo.

The statement urged Japan to immediately retract the economic retaliation, warning that Japan's additional actions would threaten security cooperation in Northeast Asia as well as the Seoul-Tokyo relations.

The chiefs of the rival political parities asked President Moon to actively make diplomatic efforts of various kinds to resolve the trade row, and the president empathized with the proposal, vowing to draw up concrete measures. ■

Uzbekistan plans to privatize most of its power plants