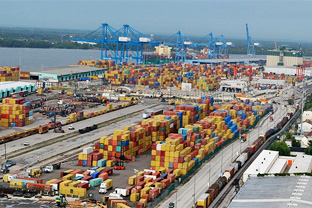 The Iranian official said the country is ready to work with South Korean companies, and added Iran is ready for a shipping line agreement with the country.

The South Korean official said his country is ready for bolstering naval and port cooperation with Iran.

Late in January, Iranian Parliament Speaker Ali Larijani and his South Korean counterpart Kang Chang-hee, in a meeting in Tehran, voiced their capitals' willingness to open new avenues for expansion of their bilateral relations in all spheres.

The volume of non-oil trade transactions between Iran and South Korea stood at $6.2 billion in 2012. ■

Vermilion announces board of directors appointment

Alamos Gold adds David Fleck to its board of directors