Staff writer ▼ | August 21, 2014
South Korea is Mexico's large trading partner, but the two countries do not have a trade agreement. South Korea would like to change that, says its foreign relations ministry. 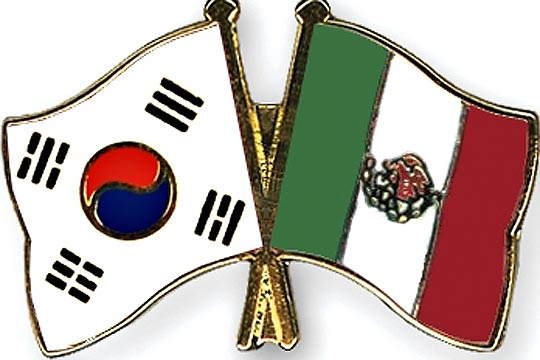 Across the sea   Mexico and S. Korea have complementary economic structures
The ministry's Seo Won-sam points out that Mexico already has free-trade agreements with its top five trading partners. Trade talks between the two countries were suspended several years ago because of opposition from the petrochemical, steel and automotive industries, he said in an interview.

Mr. Seo argues that Mexican companies with monopolies would be strengthened when faced with doing business in a competitive market, and there are further benefits for consumers in terms of lower prices.

Mr. Seo says Mexico is an attractive market for its geographic location, skilled labor and good infrastructure. "Countries such as Chile, Peru, Colombia and Brazil are enjoying investment that previously went to Mexico. But due to the efforts and achievements of the reforms, Mexico is emerging once again as an attractive nation in which to invest."

Mr. Seo says the two countries have complementary economic structures, a bonus for bilateral cooperation. "Mexico represents an opportunity for the Korean people as much as it does for businesses." ■