Staff Writer | May 11, 2018
The South African government is contemplating setting up a state-owned bank. 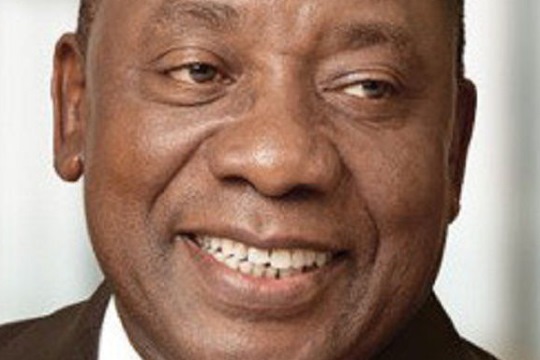 Africa   Financial inclusiveness, affordability and bank charges
The ruling party, Africa National Congress (ANC), has been pushing for the establishment of a state bank to break the "monopoly" held by South Africa's big-four banks.

South African President Cyril Ramaphosa supported the move for the setting up a state-owned bank "for financial inclusiveness, affordability and bank charges."

"We need to create a better conducive for more banks that will make money available to the general population of our country. In some (other) countries, there is a plethora of banks to make finance accessible to a number of stakeholders," Ramaphosa told reporters on Thursday.

At the ANC congress in December, delegates gave the South African government an ultimatum to ensure that a state-bank is up and running within six months.

Calls for the establishment of the state-owned bank in the form of the Post Bank, had been on the drawing board within the ANC for more than 10 years.

The ANC delegates demanded that the bank is given a developmental agenda aimed at providing services to South Africans who are excluded from the commercial banking sector.

Early this year, Post Bank filed its application for a commercial banking licence with the Reserve Bank.

"I am quite confident that the Reserve Bank is professional enough. It is able to process the application in an expeditious manner," according to the Post Office statement.

"We had specific requirements we had to heed within 12 months and submit a final application. The deadline was July 4 to the Reserve Bank. We met that deadline. We submitted on June 27," it added. ■

South Africa not to nationalize banks
China to invest $60 billion in Africa
South African Finance Ministry: We will not use pensions cash to help state firms