Staff writer ▼ | June 29, 2015
Russia's Agriculture Minister Alexander Tkachyov said that Moscow had considered banning imports of ice cream from the European Union and some other countries. 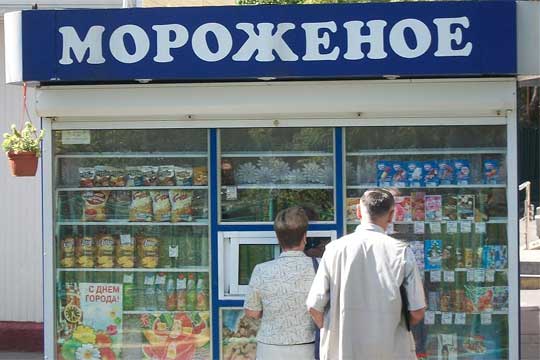 Sanctions   Difficult decision for Russian authorities
"There was a proposal to ban ice cream. We began to consider it. [But] imported ice cream is only 2 percent [of the Russian market]. And that was it — nobody had any more questions," Agriculture Minister Alexander Tkachyov said to news channel Vesti.

Prime Minister Dmitry Medvedev on Thursday extended by a year a ban on imports of meat, chicken, fish, milk products, fruits and vegetables from countries that have sanctioned Moscow for its support of rebels in east Ukraine.

Medvedev said the list of banned goods could be changed but Tkachyov said that since Russia imported large quantities of these goods the bans would lead to smuggling and huge price rises.