Staff writer ▼ | August 7, 2014
The Russian Federal Veterinary and Phytosanitary Service is to ask the Belarusian partners to embargo vegetables and fruit from Poland. 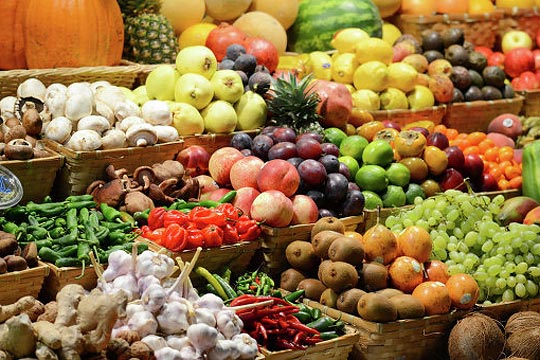 Fruit and vegetables   The Russian Federal Veterinary and Phytosanitary Service
That was the statement of the director of communications of the Service Alexey Alexeyenko said.

On July 30, the Russian Federal Veterinary and Phytosanitary Service informed of the imposition of embargo on Polish fruit and vegetables. This is to include apples, pears, apricots, cherries, peaches, nectarines, plums, all cabbage varieties and other vegetables.

It is affirmed that the embargo was caused by the detection of quarantine pests - Californian Thrips and Oriental Fruit Moth - in the Polish products.

‘We share the same customs territory with Belarus, that is why the risks are the same. We could expect Polish businessmen to try and export their production via third countries under the guise of local products’, - Alexeyenko has announced.

Meanwhile in Poland the Russian decision is considered to be political, as a response to the European sanctions against Russian government officials and organizations. The Ministry of Agriculture of Poland has appealed to the European Commission for the loss compensation, as Russia is the main market for the production mentioned above, - mass-media reports.

It is to be noted that Poland is a large exporter of fruit and vegetables into Belarus. ■