Staff writer ▼ | July 18, 2015
Russian Prime Minister Dmitry Medvedev has signed an order giving 13.8 billion rubles ($242 million) in state subsidies to infrastructure projects in the underdeveloped regions of the Far East, the government said in a statement. 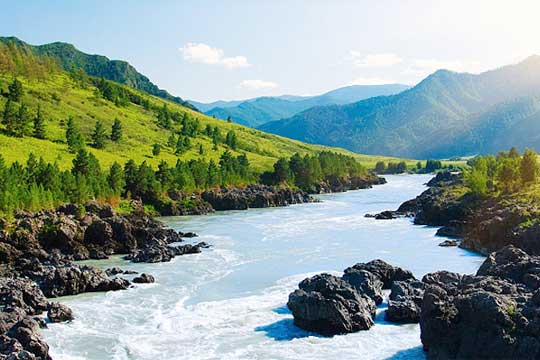 Developing in Russia   For the underdeveloped regions
Of this sum, 2.7 billion rubles ($47 million) will be distributed this year, the statement said.

“Completion of these investment projects will help bring 125 billion rubles ($2.2 billion) in private investment to the Far East and create more than 8,000 jobs,” the statement said.

The investments will go toward building roads, bridges, railways and power lines to service industry in the area. Economic development in the Far East has been obstructed for decades by the area's poor infrastructure.

The largest sum, up to 5.6 billion rubles ($98 million), will go to build power lines to facilitate gold mining in the Amur region, the statement said.

The second-largest sum, up to 2.5 billion rubles ($44 million), will go toward building rail and power infrastructure for a new coal handling complex at the Vanino sea port in the Khabarovsk region. ■