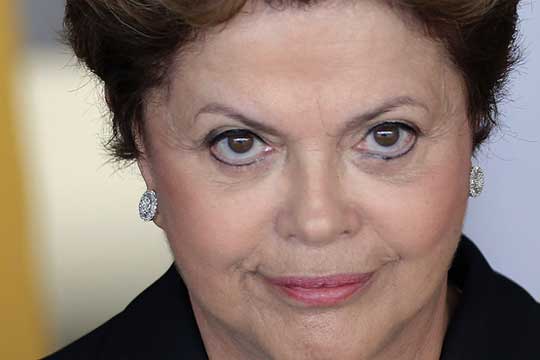 Rating agency about Brazil   Potentially significant challenges
Mr. Rousseff re-election "poses potentially significant challenges to policy formulation over the next four years because it has highlighted the polarization of the country's electorate between those calling for policy continuity and those demanding policy changes and reform," Moody's said in a statement on its website.

Moody's Investors Service said that Rousseff's victory in the presidential elections might have an important effect on Brazil's credit rating, which currently stands at Baa2, as well as the credit quality of its companies and banking sector.

"For banks, the impact will hinge on the role that public lenders play over the next four years.

"Efforts by the Rousseff administration to strengthen economic growth, combat inflation and boost business confidence will likely entail a fiscal and monetary rebalancing that could have material implications for the loan books and profits of the country's public and private banks." ■