Pritzker: We will expand in Asia, Pacific 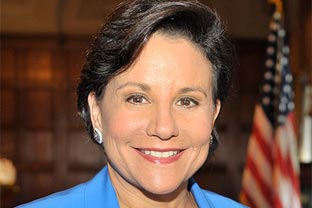 U.S. Commerce Secretary Penny Pritzker underlined the importance for the United States to expand trade presence in Asia-Pacific and announced several measures to boost the country's exports and employment.


While delivering a speech in John Hopkin's University in Washington, D.C, Mr. Pritzker said increasing overseas presence is a critical way for U.S. businesses seeking to grow in foreign markets, urging them to look beyond the domestic market and seize opportunities in fast-growing markets in Asia.

"Asia-Pacific has become an enormous permanent market for American products and supports more than 3 million U.S.jobs. The U.S. economy has become inextricably linked to the economies in the Asia-Pacific," said Mr. Pritzker.

Mr. Pritzker said that two new commercial service offices will be opened in Myanmar and in Wuhan, a city in central China. Additional staff will be added to 10 other Asian postings. She will also travel to Myanmar, the Philippines and Vietnam in June, accompanied by an entourage of business executives.

Mr. Pritzker believes the moves would allow them to provide U.S. businesses with greater support as well as to attract more inbound investment.

Asia contributes 60 percent to global gross domestic product, and is home to some of the world's fastest growing economies and half the world's population, said Mr. Pritzker.