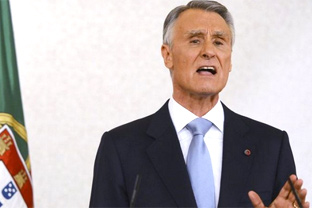 Portugal is determined to provide a "stable and attractive" business atmosphere for investors in Portugal, Portuguese President Anibal Cavaco Silva said at a seminar with his visiting Mexican counterpart Enrique Pena Nieto.


"Having ended the adjustment program, Portugal has regained credibility access to the markets, the Portuguese economy today is more competitive, sustainable and integrated in the global economy," Mr. Cavaco Silva said at a Mexico-Portugal seminar. He added that the country's adjustment program had led to "clear signs of recovery of economic activity, with effects on the reduction of unemployment."

Portugal recently ended the 78-billion-euro bailout program it signed with the European Commission, the International Monetary Fund and the European Central Bank in May 2011, after three years of deep spending cuts and tax hikes to meet its budget deficit target.

Portugal showed signs of recovery recently with exports rising from 30 percent of GDP in 2010 to 40 percent in 2013, though the Bank of Portugal has said that the economic progress made up to now is insufficient, pointing to the country's high debt burden and weak growth.

Economic recovery began in the second quarter of last year, but in the first quarter of 2014 economic growth fell by 0.7 percent. ■

Etisalat Facilities Management to be 100% eco