PM content for foreign firms to own land on New Zealand

Staff writer ▼ | August 6, 2014
New Zealand's Prime Minister John Key says he is happy for a Chinese company to buy a central North Island farm so long as the correct process is followed. 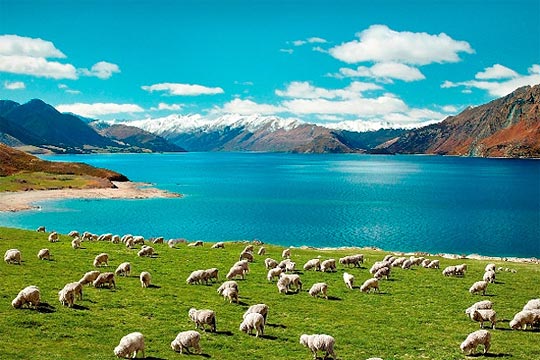 New Zealand   First and Conservative want to keep land to domestic people
A "one-off" slice of farmland nearly twice the size of the Crafar Farms could be heading to offshore buyers, reigniting the debate over foreign acquisition of valuable New Zealand land in the lead-up to the election.

The potential sale of Lochinver Station on the Napier-Taihape Rd to Chinese company Shanghai Pengxin was described as a "tragedy" and "madness" by New Zealand First and Conservatives.

If given approval by the Overseas Investment Office (OIO) and Chinese authorities, it would be the second-biggest sale of New Zealand farmland to a foreign owner in terms of value, and one of the biggest by area.

Pengxin, the owner of the 16 Crafar farms, confirmed its wholly-owned subsidiary Pure 100 Farms Ltd had signed a sale and purchase agreement with the Stevenson Group, which has owned the 13,800ha station for 54 years.

Hundreds of thousands of New Zealand jobs were underpinned by foreign capital and it did not matter if that came from China, Germany, the United States or Australia, Mr. Key said. ■