Staff Writer | May 21, 2018
Pakistan shall be raising its concerns over the inauguration of the Kishanganga hydropower plant by India during high-level talks with the World Bank in Washington on Monday, Radio Pakistan reported. 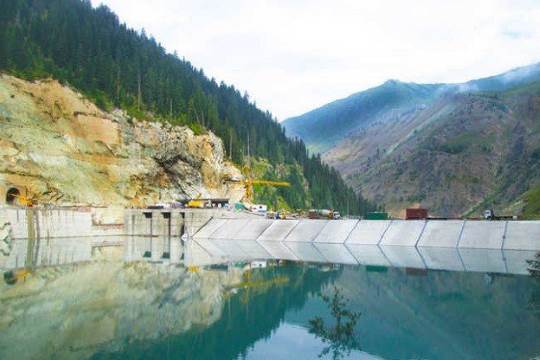 The dispute revolves around a hydroelectric power plant on the Kishanganga River, which is a tributary of the Jhelum and is known as the Neelum in Pakistan.

The inauguration of Kishanganga hydropower plant which took place on Saturday includes a dam on the tributary barely metres away from the Line of Control in the disputed Kashmir region.

Pakistan has termed the project's inauguration a serious breach of the Indus Water Treaty which was hammered out by the World Bank in 1960.

Chaudhry has said that it is imperative that the World Bank as a guarantor of the accord intervene and fulfil its duty.

He expressed grave concern over the dam's construction as it will likely disrupt the flow of water into Pakistan which is especially crucial for the country's agriculture.

The 330-megawatt Kisha­nganga hydropower station is one of the projects that India has fast-tracked in the disputed Himalayan region amid frosty ties between the two countries. India reportedly plans on undertaking several such projects in the disputed territory.

Pakistan has opposed some of these projects, saying they violate a World Bank-mediated treaty on the sharing of waters from the Indus and its tributaries upon which 80 per cent of its irrigated agriculture depends. ■

French Open, an event you shouldn't miss if you are in Paris