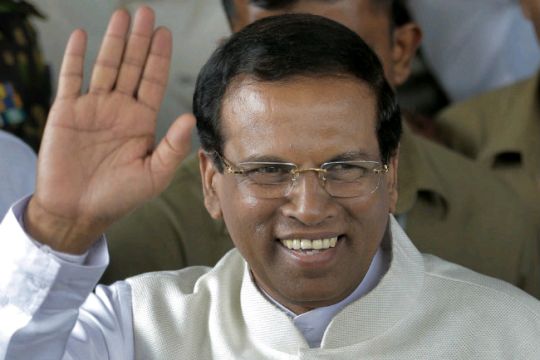 "We have signed six agreements to intensify co-operation in the fields of disaster management, sports, shipping, co-operation in atomic energy for socio-economic development, anti-narcotics and academic cooperation," Sirisena announced at a joint press conference with Sharif.

"We have agreed to take steps to further improve our economic and trade relations."

Sharif said the deals were a milestone in Pakistan-Sri Lanka reactions and added that "we attach special importance to ties with Sri Lanka."

Sirisena also invited Pakistan International Airlines to resume flights to Sri Lanka, which have been suspended for the past year.

"Sri Lanka is profoundly grateful to Pakistan for the strong support we received during our fight against terrorism," said Sirisena. ■