Staff writer ▼ | January 15, 2015
Federal Minister for Commerce Khurram Dastgir Khan said that both Pakistan and China are agreed to enter into second round of Free Trade Agreement (FTA), which is aimed to address the reservations raised by Islamabad several times. 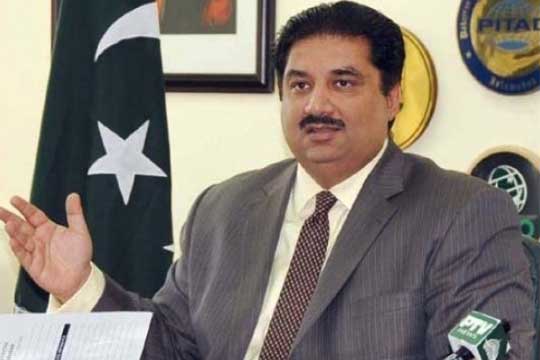 He further said that second phase of FTA would help in reducing the balance of trade with China, as Islamabad is not yielding expected results from first phase. The second phase would be independent from the first one as it was not in favour of Pakistan, he added.

Both sides had agreed to form five working groups for reviewing the FTA. Both countries would meet in March for further negotiations, he added.

One of the concerns of Pakistan was over the insufficient utilisation of the facilities provided under the FTA in which only few sectors have been able to reap the fruits of the favourable tariffs, as Islamabad emphasised the importance to broaden its export-base to China by encouraging exports from all the sectors.

"The first phase of FTA was signed in 2006 between the two countries wherein tariff reduction provided by China to Pakistan was insufficient as Pakistan could not get maximum benefit", said Khurram Dastgir Khan. ■