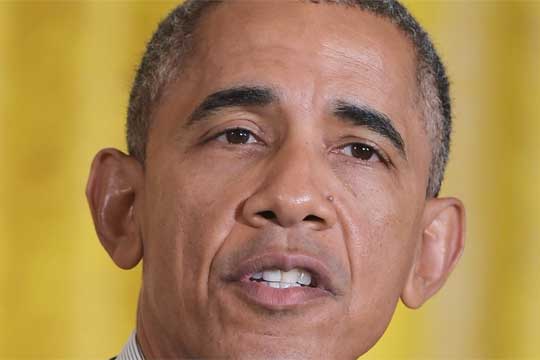 The big plan   Smart investments that strengthen America
The plan includes a $478 billion public works infrastructure program for roads, bridges, and transit systems, to be financed by taxes on overseas earnings. The president also wants to put an end to the automatic across-the-board spending cuts known as sequestration.

"I want to work with Congress to replace mindless austerity with smart investments that strengthen America," Obama said in a speech at the Department of Homeland Security. "I'm not going to accept a budget that locks in sequestration going forward. It would be bad for our security, and bad for our growth."

"We need to put politics aside, pass a budget that funds our national security priorities at home and abroad and gives middle class families the security they need to get ahead ion the new economy," Obama said. "This is one of our most basic and most important responsibilities of our government."

Monday's proposed budget also calls for ending the automatic spending limits known as sequestration, the result of the 2011 stand-off over the debt limit. The plan calls for 7% increases over sequestration limits for national defense and domestic programs, according to the White House.

That includes defense spending of $561 billion, some $38 billion over sequestration levels. Defense priorities include the fight against the Islamic State in Iraq and Syria, resisting Russian aggression in Ukraine, and a "good governance" project in Central America.

The proposed infrastructure program, $478 billion over six years for roads, bridges and other transit systems, would be financed by a one-time 14% tax on overseas profits, according to the budget.

The projected deficit for Obama's proposed budget is $474 billion, which officials said is only 2.5% of the gross domestic product. ■