Number of Russian satellites to reach 150 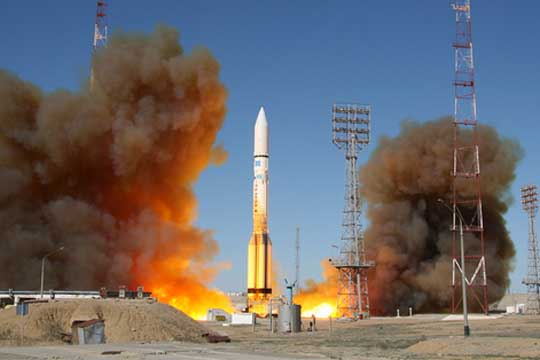 By 2025   United Rocket and Space Corporation
"According to the Federal Space Program's new project, the orbital constellation of social-economic purpose satellites will increase to 75 [currently 35], 20 of which will be remote sensing satellites. As for the satellites for government needs, their number is expected to reach 150 by 2025," Komarov said, stressing that the spacecraft should meet the highest international standards.

"We have to go by the resolution of practical tasks, in order for the space to help the people live here, on the Earth," the URSC chief said.

Russia's space industry must be ready to produce cutting-edge hardware for ambitious tasks, such as lunar exploration, according to Komarov. He also pointed out that putting the Vostochny Cosmodrome into operation will allow Russia to conduct a sufficient number of launches.

The space center is located in Russia's far eastern Amur Region. It is expected to reduce the country's dependence on the Baikonur Cosmodrome in Kazakhstan. ■

More support for businesses in Scotland
Putin sees no need to change OPEC+ deal, can prolong it
Bangladesh goes for 'No Mask, No Service' policy to contain spread of coronavirus
UK adds Canary Islands, Denmark, Maldives and Mykonos to travel corridor exempt list