Staff Writer | May 30, 2018
Governor Andrew M. Cuomo advanced the Save Our Waters bill to prohibit the leasing of lands, including underwater lands, for offshore drilling and exploration, and drilling infrastructure, in New York State waters. 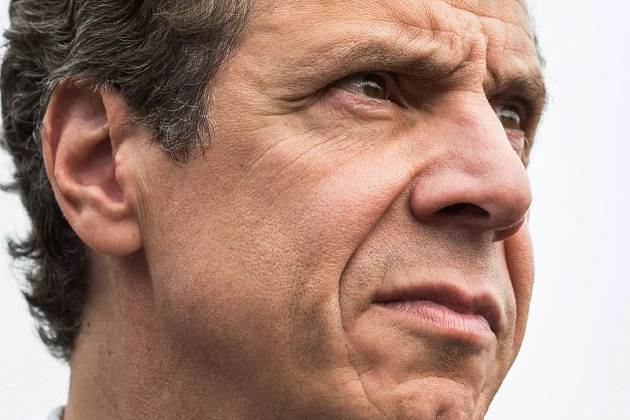 Empire State   New York is currently the nation's third-largest ocean economy
The Governor's action to protect New York's waters from oil and gas exploration was prompted by the Trump administration's plan to vastly expand offshore drilling in the Atlantic and Pacific oceans.

"Offshore drilling would make our coastal communities vulnerable to the dangers of oil spills and other drilling disasters and jeopardize the health of our robust marine economy.

"New York will do everything in our power to prevent environmental disasters and will continue to safeguard our offshore assets and bolster our efforts to support renewable energy development."

In January 2018, the federal government threatened New York's coastline with its Outer Continental Shelf Oil and Gas Program for 2019-2024, proposing to make more than 90 percent of the total offshore acreage in the United States available to oil and gas drilling.

This plan would open two areas of the North Atlantic coast adjacent to New York State for fossil fuel exploration.

An exclusion from the offshore drilling program was granted to Florida on the grounds that it relies heavily on tourism as one of the nation's top ocean economies.

The 'Save Our Waters' bill:

- Prohibits leases for oil and gas exploration or production in New York waters, including Long Island, New York City and the Hudson River.

- Prohibits infrastructure on state land associated with offshore production in the North Atlantic.

- Prohibits transportation within the navigable waters of the state of crude oil produced from the federal waters, designated as the "North Atlantic Planning Area".

Long Island and the New York Harbor are home to 11.4 million people, with 60 percent of our state's population living along nearly 2,000 miles of tidal coastline.

The Port of NYNJ is the largest on the Atlantic seaboard and a major spill that disrupted operations would be devastating to the national economy.

The port supports 400,000 indirect jobs and 229,000 direct jobs while generating $90 billion in combined personal and business income and $8.5 billion in federal, state, and local taxes.

In addition, offshore drilling is contrary to New York's aggressive efforts to move toward cleaner energy resources, including the recent nation-leading $1.4 billion investment dedicated to on-shore renewable energy projects and a goal of developing 2,400 megawatts of offshore wind generation by 2030.

The recently awarded projects include 22 solar farms, demonstrating that large-scale solar power is economically viable across the State, three wind projects, and one hydroelectric project.

The awarded projects are expected to generate enough renewable energy to power more than 430,000 homes and reduce carbon emissions by more than 1.6 million metric tons, the equivalent to taking an estimated 340,000 cars off the road.

The Governor has launched a comprehensive artificial reef program that will deploy and place materials, including tug boats, barges, and scows, as well as concrete and clean, recycled materials from the demolition of the former Tappan Zee Bridge, in the Long Island Sound and the Atlantic Ocean.

These materials will support the development of six artificial reefs on Long Island at sites off the shores of Smithtown, Shinnecock, Moriches, Fire Island, Hempstead, and Rockaway. ■

Russia's Federation Council to invite Zuckerberg to its session